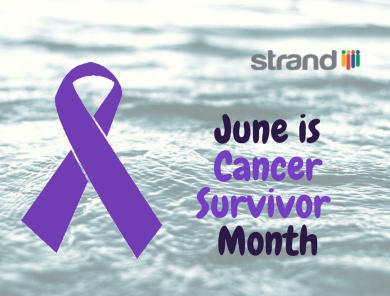 Whenever we write about cancer it is usually about numbers, how many diagnosed, how many deaths, which types, and what causes it. Often, the stories of actual people affected by the disease and their experiences fade into the background of the statistics. This month, we still look at some of the numbers, but it is all about survival and the patient’s journey after a cancer diagnosis.

Here at myStrand, we have talked a lot about how to prevent cancer, how to #StayAheadOfCancer, and the latest news on the relationship between genetics and cancer. However, in this month’s issue, the focus lies on what happens after someone is diagnosed with cancer – the keyword being “survival”. Let’s face it, odds are someone in our family or friends’ circle will be diagnosed with some kind of cancer in our lifetime. Especially here in India, where all the odds seem stacked against us: Higher pollution, higher UV index, higher genetic predisposition (according to recent research), changing lifestyles, longer lifespan, bulging waistlines, and smoking habits seem on the increase, especially among the affluent young.

First of all, let us get one myth out of the way. Cancer is not some new disease that has reared its ugly head recently in response to anything humanity has done or engineered or other global changes. The earliest recorded case of cancer in a human is from around 4,000 years ago in an Egyptian scroll. That is because cancer is the result of a very natural and important biological process that happens in our bodies every day going slightly wrong either too often or in a crucial part of our DNA where the slightest mistake has a huge impact. Yes, lifestyle, environment, etc. play their part, but actually, researchers realized last year, that around two thirds of cancers occur entirely by chance.

So what about the numbers? What are the chances of surviving cancer in today’s age of precision medicine, immunotherapy, CRISPR, and many years of experience with chemotherapy? Well, that depends very much on the type of cancer, but most importantly at what stage a cancer is diagnosed. Let us look at an example using data from the National Cancer Institute’s SEER database (2004-2010) for breast cancer:

See the data for other cancers here. That doesn’t look so scary. But how come the mortality rate (that means the percentage of people who die from cancer relative to all the newly diagnosed cancer patients in a given timeframe) for breast cancer in women is still 50% in India? The answer to that question is staring us right in the face. Due to various factors, women in India do not come forward early enough when they suspect something is wrong. Many even don’t follow up on a positive screening result, fearing social stigma or just the certainty that they might have cancer. That means the vast majority of breast cancer (and other cancer cases) in India are diagnosed at a late stage, when survival rates are much lower and treatment options limited.

However, a recent study published in The Lancet brings even more bad news for Indians’ outlook on cancer survival. The study authors compared data from over 37 million patients (adults and children) listed in 322 cancer registries across 71 countries spanning 15 years from 2000 to 2014. This comprehensive study revealed that cancer survival rates in India are often much lower than those in the US, Europe, or Australia. For example, the study showed that between 2010 and 2014, the 5-year survival rate for women diagnosed with breast cancer in Australia and the US was around 90% compared to just 66% in India. Less stark, but still disconcerting, is the difference in survival for colon cancer patients. The study identified the highest 5-year survival rates in Australia, Israel, and Korea at 70% or higher, while the chance of survival was between 60-69% in the US, Puerto Rico, Costa Rica, and Japan, and less than 50% in India. The data for cervical cancer looks similar with Indian survival rates below 60%.

Two cancers that fare badly across the board are lung cancer and ovarian cancer with the highest 5-year survival rates at 32% in Japan and 40-49% in Canada and the US, respectively, but less than 10% and less than 20% in India, respectively. Lack of awareness of early symptoms and late diagnosis are key contributors in India to such poor survival rates. Accessibility and quality of healthcare services also play a role, with one key issue being affordability of diagnostics and treatment.

However, should we despair with numbers and statistics stacked up against us? Definitely not! There is a plethora  of information in newspaper articles like this one on the prevention and cure of ovarian cancer, awareness campaigns like our own #StayAheadOfCancer, and foundations like CheersToLife based in Delhi and Biocon Foundation in Bangalore, helping cancer survivors from all walks of life through their journey. But in a country like India, where healthcare is mostly unorganized and full of private providers, we need to be proactive about our health, educate ourselves about the signs and symptoms and be self-aware.

Disclaimer: The information provided in this article is in no way intended to replace expert medical advice. Always discuss any concerns with your doctor.

What does the term survival rate mean?

Ever wondered what doctors or newspapers mean when they talk about 5-year or 10-year survival rates? And what the difference is compared to relative survival rates?

Well, in a nutshell, a 5-year survival rate indicates the percentage of patients affected by a particular disease that were still alive after 5 years out of a pool of patients followed through a clinical trial or other study following patient outcomes. For example, if a study followed 100 cancer patients after treatment with a particular treatment regimen and 80 patients are still alive after 5 years, the 5-year survival rate of that patient cohort would be 80% (provided none of the study participants died of other causes than the cancer, in which case the total number of patients used for the calculation would be reduced accordingly).

Now, relative survival is a little more complicated, but somewhat more predictive, because it doesn’t just look at the cancer patient cohort under observation. It also takes into account the number of expected survivors in a comparable group of people (for example similar age profile and ethnic background) that do not suffer from cancer. Therefore, using the same example as above, if in our group of 100 people not suffering from cancer, 95 are still alive after 5 years, the relative 5-year survival rate would be 80 divided by 95 (instead of 100), which gives us 84.2%. 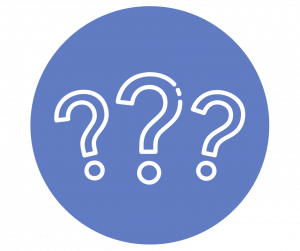 I admit, talking or writing about cancer is one thing, but actually having to deal with a cancer diagnosis is something else altogether. Some people prefer to keep it to themselves, deal with it and move on, others feel the need to tell family and friends in the hope that they will rally around them and provide the much needed comfort and support in the journey that lies ahead. In India, the decision to tell or not to tell, to seek help or to suffer in silence is still marred by issues like the prospect of stigmatizing themselves or the whole family, myths about cancer being contagious, or the fear of becoming a bad omen for others. All this is not just upsetting for the person that is diagnosed; the secrecy and hiding also hinders accurate diagnosis and treatment for individuals who might otherwise be able to continue their lives undeterred because the disease was caught and treated early.

Being able to speak about your illness, finding others who are on the same journey, or just being reassured about the support from your family and friends is especially important in a country where you are not guided through the healthcare system by a general practitioner or family doctor, and you most probably will have to seek out a trusted oncologist by trial and error. Here’s a useful list of things to go through so that your life is not thrown into complete disarray by a cancer diagnosis (yes, it is based on the US, but the individual points are still valid here): Healthy One Day, Cancer Patient the Next: Seeking (and Finding) Your Best Results.

Thankfully, more and more cancer survivors, or some prefer to be called warriors, are coming forward with their stories to share their experience in the medical system, what worked or what didn’t work for them, and what helps them get through the days. For some, simply telling their story is part of the healing process, a catharsis so to say. For others it is about letting all the other patients out there know about what helped them, in the hope that it inspires those patients to carry on and seek the best treatment for themselves. Over the past 18 months, we’ve shared many such stories with you, our readers, some told anonymously, some by the patients themselves, like Dimple Bawa and Meena Nandal. 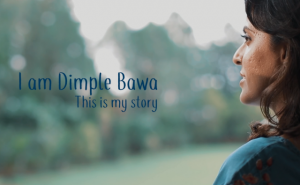 Each story is unique, as unique as the person and families that were affected by this disease. And what we have learned along the way is that cancer is not just one disease with a one-size-fits-all treatment plan consisting of multiple rounds of chemo or radiation. Every cancer is unique and affects every patient differently. With the advent of personalized or precision medicine, we are getting closer towards making treatment more unique, too. Yes, a lot of work lies ahead to identify each cancer’s weaknesses and find the right treatments, but we’re well on the way.

But it is not just treatment itself; one prognostic test that has made headlines recently is Oncotype DX. It claims to be able to predict who among early-stage breast cancer patients will benefit from chemotherapy or stands the same chances in terms of disease-free survival on hormone therapy alone. The cost of the test is still prohibitively high for the average Indian income, but other tests developed to aid oncologists choose targeted treatments are also becoming more readily available in India, including Strand’s own portfolio of genetic tests, at more affordable prices than their Western counterparts.

While acceptance of such tests is growing in the West, mostly indicated by their inclusion in insurance coverage, Indian doctors’ opinions are still divided on the benefit these tests bring over more traditional methods. But in the absence of universal insurance coverage, patient and doctor get to choose what the most appropriate course of action is. And in a system where the patient chooses the doctor, knowledge of what the options are will help the patient and the doctor make the most informed and beneficial decisions for each individual within their budget.

Disclaimer: The information provided in this article is in no way intended to replace expert medical advice. Always discuss the best possible course of action for your situation with your doctor.


Genetic factors can affect your heart despite healthy lifestyle >> 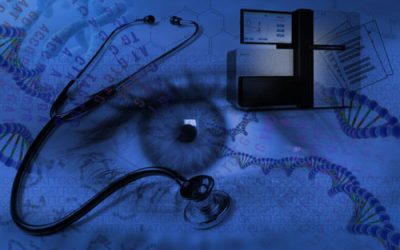 We have updated our Privacy Policy to make it easier for you to understand what information we collect, why we collect it, and how we use it.
Here is a quick summary of these important updates:
-For the benefit of all our readers, we have updated the Privacy Policy to comply with the new requirements under the EU General Data Protection Regulation (GDPR), effective from May 25, 2018.
-We have clearly explained our Cookie Policy to make it easier for you to understand our use of cookies and other technologies.
-We have improved the way we describe what we use your data for and explain how you can make choices about your information and the measures we have put in place to keep your information secure.
Please take a moment to review the new Privacy Policy.

Call us now to arrange a free genetic counselling session!