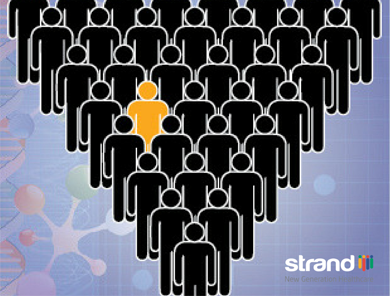 India has a relatively higher incidence of rare diseases compared to other countries, a phenomenon which continues to be associated with the higher prevalence of consanguineous marriages in some Indian communities, especially in the south. However, there are still a number of cases where a rare disease is diagnosed despite the parents being completely unrelated. Oftentimes, such diagnoses are accompanied by the tragic loss of one or several children simply because the cause could not have been identified with the diagnostic tools available at the time.

The vast majority of rare diseases are genetic in origin. That means they are caused by one or several genetic mutations or rearrangements that impact the body’s normal function causing symptoms ranging from life-long chronic ailments, developmental delays, physical disability, to life-threatening disabilities and in extreme cases the inability of a newborn to survive for more than a few days. This is exactly what prompted a young family from South India to seek help in diagnosing their third child’s condition.

6-year-old Aditya (not his real name of course to protect the family’s privacy) was suffering from congenital muscular dystrophy. More specifically, the geneticist his family was referred to suspected early-onset, heritable muscular dystrophy based on the family history. Aditya’s parents were not in a consanguineous marriage but had sadly lost their first two children, an older sibling who died of muscular dystrophy at the age of 8 and another sibling who just lived for 3 short days. When Aditya was diagnosed with muscular dystrophy too, the parents were expecting another child and they were naturally anxious to know if that child too was suffering from the same condition as Aditya or die shortly after birth like their second child.

Just a decade ago there would have been little even a geneticist could have done to reassure the parents. The family history suggested a strong heritable origin, but without being able to say what exactly the causal mutations were it was difficult to predict or even test for the genetic status of the unborn child. Thanks to the recent advances in genetics and the availability of genetic sequencing for clinical diagnosis, doctors now have a new weapon in their arsenal to deal with rare diseases. Aditya’s doctor prescribed what is called a clinical exome test to identify the genetic mutation that is causing his muscular dystrophy.

Clinical exome tests look at thousands of genes known to cause disease and help pinpoint the exact mutation in a given gene. This test, therefore, allows doctors to differentiate a particular syndrome or disease from another which often has treatment implications. Due to the complexity involved, clinical exome testing is still comparatively expensive, but once the exact mutation is known, parents and siblings can be tested at much lower cost for just the presence of the particular mutation, a procedure known as mutation-specific testing. This information helps put together the puzzle pieces of inheritance in a family. Even better, with today’s diagnostic methods, a procedure known as chorionic villus sampling (CVS) allows doctors to test whether a fetus carries a certain mutation or not and is therefore likely to suffer from a given condition or not. 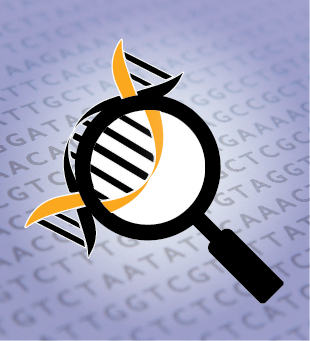 compound heterozygosity. Together, the effect of the two mutations on the function of the LAMA2 gene was clearly damaging enough to cause the severity of symptoms observed in Aditya and his deceased siblings. Mutations in the LAMA2 gene are inherited in an autosomal recessive manner, which means that both copies of the gene have to be mutated in order for the disease to manifest itself. Mutation-specific testing showed that his parents carried only one mutation each. Hence, the parents were unaffected.

Armed with this knowledge, the carrier status of the unborn child for either of the mutations was established by testing genetic material of the fetus obtained through CVS. The test revealed that the fetus was positive for only one of the mutations and was therefore unlikely to develop any symptoms of muscular dystrophy, just like the parents. Based on this result the parents decided to let the pregnancy continue and Aditya got a healthy baby sister several months later.

This story is just one example of the power of genetics that we have only started to harness in the last decade or so. Yet with such great power comes great responsibility and doctors, regulators, and diagnostics labs have to work together to ensure that this power is not abused. Much work remains on the research front and investment towards the search for treatments or dare we hope, cures for some rare diseases.Disclaimer: The information provided in this article is in no way intended to replace expert medical advice. Always discuss any concerns with your doctor.

What are Rare Diseases?

Rare diseases, or sometimes also called orphan diseases, are diseases that only affect a small number of people, with frequencies of occurrence ranging widely from 1 in 1,000 to 1 in 200,000 people, depending on the criteria used in different countries or healthcare providers. Sometimes, the definition also requires that the disease is life-threatening or chronically disabling to qualify as a rare disease. Rare diseases are typically genetic in origin, which means the cause of the disease is present from birth. Symptoms of these diseases are usually apparent in childhood. However, in some rare diseases, the first symptoms can sometimes only appear in adulthood. It is estimated that around 50% of rare disease patients are children. Unfortunately, treatments exist only for around 5% of the 6,000-8,000 known rare diseases globally. Sometimes, symptoms can be managed, but not cured, through nutritional interventions or use of existing medicines.

However, early diagnosis is often a prerequisite for such interventions to make a positive impact on a rare disease patient’s life.

More research is required for better treatment options for people suffering from rare diseases. 28 February 2018 is Rare Disease Day and whether your family is affected or not or you just want to support the cause, visit the Rare Disease Day campaign page to see how you can help make a difference this year!

A quirk of nature

When we think about rare diseases, what questions come to your mind? Oh, what is it? I don’t know anyone with a rare disease. How do you get it? Isn’t it something to do with marrying your cousin? – Well, we have provided a short definition of rare diseases in this issue’s knowledge bite, if you want to know more, but to answer the last two questions we are going to tell you the story of little Sphoorti (not her real name of course, to protect the family’s privacy).

Sphoorti was the first born in her family and was suffering from an array of physical as well as developmental symptoms that were diagnosed over the first few months of her life. Her distinct facial features, eye-related issues like nystagmus and cataract, as well as heart issues and developmental delays led her parents to seek the help of a geneticist to find out what the cause of all these issues could be. Of course, at the heart of this search lies the hope that there is some kind of treatment available once the exact cause is established.

Unfortunately, for many a case of a rare disease, the search for a cause has taken many years, sometimes decades, in the past. The vast majority of today’s known rare diseases are caused by one or several genetic mutations in a person’s DNA that are present from birth. These are often inherited from parents but can also appear ‘de novo’, meaning they happened by chance when the mother’s and father’s DNA combined to create the new baby’s DNA. Depending on how severe the effect of those mutations is on our bodies’ development and growth, symptoms appear either in early childhood, or only start showing their damaging effects later in life. Nowadays, with the help of advanced genetic testing and expert geneticists, narrowing down the spectrum of possible disorders, the proverbial search for a needle in a haystack (the causative gene mutations in this case) has become a little easier and faster.

In little Sphoorti’s case, her parents were unrelated and there were no relatives on either side with issues similar to their daughter’s symptoms. Taking the family history and clinical features into account, the geneticist narrowed her condition down to two syndromes: Kabuki syndrome or Noonan syndrome. Knowing exactly which one Sphoorti was suffering from, would help in identifying available medical interventions as well as the type of heredity the syndrome follows and therefore allow the parents to know the risk of any future children suffering from similar issues. The genetic test revealed a single copy of a genetic mutation in the KMT2D gene, one of the genes associated with Kabuki syndrome.

Based on other cases of Kabuki syndrome, we know that the syndrome is inherited in a dominant fashion, which means a single copy is sufficient to cause the condition. Since neither her father nor her mother was affected, and there was no family history, Sphoorti’s case was assumed to be a case of a ‘de novo’ mutation. This means that there is no heritable risk involved in any future pregnancies her parents might plan. Furthermore, the definitive diagnosis of Kabuki syndrome, as opposed to Noonan syndrome, has also opened the possibility of treatment with recombinant growth hormone, which has been shown to be effective in addressing at least some of the musculoskeletal issues seen in Kabuki syndrome when the treatment starts in early childhood. You can read the complete story here.

The emergence of genetic sequencing as a diagnostic tool has opened up new avenues not only for identifying the exact cause of a rare disease, but also enabled researchers and clinicians alike to devise new treatment avenues for patients suffering from rare diseases. Oftentimes, parents can also experience a sense of closure once they know exactly what has caused their child’s condition.  However, more research is definitely required and even more funding and support to encourage pharma companies to invest in developing treatments. In the meantime, doctors and scientists have been able, in some cases, to find interventions through nutritional supplementation or the use of existing drugs once the exact cause and syndrome has been identified. Unfortunately, cures for rare diseases can rarely be achieved, but the indomitable human spirit has led to recent advances in gene editing and the development of technologies like CRISPR/Cas9, which keep the hope for a potential cure for at least some conditions alive.

Disclaimer: The information provided in this article is in no way intended to replace expert medical advice. Always discuss the best possible course of action for your situation with your doctor. 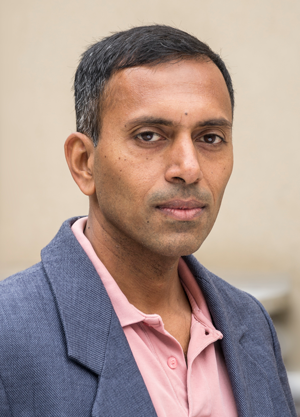 “Triesta and HCG have been pioneers in bringing the latest advancements in molecular biomarkers into clinical practice in the country. Together we are well on the path to building Asia’s leading integrated analytics driven diagnostic and genomics research company. Through this alliance we will work together to be at the forefront of precision medicine”, says Dr. Ramesh Hariharan, CEO of Strand Life Sciences.After the combination of Strand and Triesta, the diagnostics unit of HCG, now has expertise across bioinformatics and clinical research capabilities with a pan-India presence in specialised and routine diagnostics services. With the combined investment of Quadria Capital, India-based HealthQuad Fund and Singapore-based Heritas Venture Fund, we look forward to serving our patient community even better in future. Read more

Call us now to arrange a free genetic counselling session!