A study conducted by Strand Life Sciences shows that in the Indian population, there is a high prevalence of germline mutations in the BRCA1, BRCA2, TP53 and PALB2 genes

Strand Life Sciences, a leader in precision medicine diagnostics committed to empowering cancer and inherited disease care in India today released the findings of the largest retrospective study of heritability of Breast and/or Ovarian Cancer (BOC) in India.

Breast cancer is the most common cancer in women all over the world and mutations in the BRCA1 and BRCA2 genes are most commonly associated with pre-disposition to Hereditary Breast and Ovarian Cancer (HBOC) syndrome. The study shows that the incidence of pathogenic gene mutations is high (~30%) in Indian patients referred for genetic testing to Strand, corroborating an earlier smaller study conducted by Strand, which showed similar findings. This is in contrast to studies on western patients, where the incidence is only about 10%. The study underscores the importance of testing at-risk individuals for inherited risk of BOC, particularly in the Indian context.

The latest National Comprehensive Cancer Network guidelines suggest incorporation of the ATM, BRIP1, CHEK2, NBN, NF1, PALB2, RAD51C and RAD51D genes into the medical management for BOC, in addition to the already well-known BRCA1 and BRCA2 genes; women with mutations in these genes are recommended to undergo increased surveillance. In this large-scale study of over 1000 BOC patients from a diverse ethnic population in India, 94 genes were sequenced in each patient, of which 14 genes were strongly associated with risk of BOC, including the above mentioned genes. Of the risk-conferring mutations found, 65.1% occurred in BRCA1, 19.7% in BRCA2, and other genes, particularly TP53 and PALB2, comprised the remaining 15.1%.

In India, the ratio of number of deaths to new cases is 48.4% which is much higher as compared to 19% in the US, 28.6% in Europe and 25.6% in China. “The high mortality rate in India can be attributed to diagnosis at an advanced stage, caused possibly by lack of effective breast cancer screening programs and by limited awareness. Increased awareness of all aspects of cancer, including genetic testing, is key”, says Dr. Ramesh Hariharan, Chief Executive Officer, Strand Life Sciences.

Dr. Hariharan states, “Our studies on the heritability of BOC risk are among the first and the largest in India. The much higher mutation detection rate in Indian patients as compared to the west is very intriguing. Whether it truly reflects a great inherited risk burden in India will be proved by ongoing studies on cohorts of unselected patients. The results will be an important determiner in planning screening programs in India that could help save lives.”

Strand Life Sciences is a clinical diagnostics and genomic profiling company. We have one of the most comprehensive menus of standard-of-care tests in the country covering a vast range of specialties, including oncology, genetics, fertility, women’s health, infectious diseases and general wellness. We work with physicians and hospitals to enable faster clinical decision support for accurate clinical and molecular diagnosis, prognosis and therapy recommendations.

For close to two decades, we have been at the forefront of developing robust and sophisticated bioinformatics solutions based on our proprietary platforms. We also offer research and development services to pharmaceutical and biotechnology companies in the areas of clinical trial management, and biomarker discovery and validation. We are a CAP (College of American Pathologists) and NABL (National Accreditation Board for Testing and Calibration Laboratories) accredited laboratory.

Strand In the News 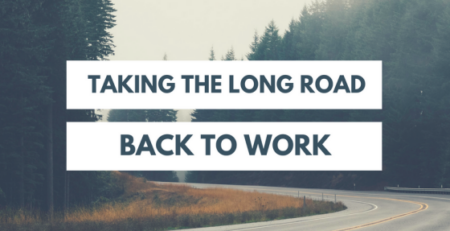 Triesta Unit Of HCG To Combine With Strand Life Sciences